Address Frown Lines in Beverly Hills, All of Los Angeles, and Beyond

Relaxing facial muscles is an ideal way to target lines linked to repetitive expressions. Dynamic wrinkles—which are caused by facial activity like squinting, frowning, and smiling—can be visible even when the face is in motion. The Cassileth Plastic Surgery and Skin Care team in Beverly Hills offers JEUVEAU™, XEOMIN®, and DYSPORT® for Los Angeles–area women and men who want a more youthful appearance without undergoing surgery. Our team is driven by a focus on personalized care and a desire for patients to have all the options available for smoothing out unwanted facial lines.

There are some subtle differences between the three injectables. Each has unique properties that make it an excellent option for treating wrinkles in specific patients. The Cassileth Plastic Surgery and Skin Care team can help women and men alike discover whether JEUVEAU™, XEOMIN®, DYSPORT®, or any other neuromodulator would be the most effective for their concerns.

Contact Cassileth Skin Care to schedule a consultation or get more information about medspa anti-aging treatments for the body and face in Los Angeles, Beverly Hills, Santa Monica, and beyond.

DYSPORT®, XEOMIN®, JEUVEAU™, and BOTOX® all belong to a group of wrinkle–relaxing cosmetic injectables made from botulinum toxin type A. Known as neuromodulators, they manipulate nerve activity to temporarily relax targeted facial muscles. The treatments are mainly used in the upper area of the face, around the forehead and eyes. The resulting smoother skin can last for months.

Although DYSPORT®, XEOMIN®, and JEUVEAU™ have similar effects, the Cassileth team can guide you in deciding which of their distinct features will work best for your particular needs.

DYSPORT® tends to diffuse more readily and can be effective for targeting larger areas as opposed to very small clusters of wrinkles.

DYSPORT® also has the fastest onset of effects out of all the available neuromodulators, with the first signs of smoother skin potentially seen as soon as 24 hours after a treatment!

DYSPORT® is FDA approved for minimizing moderate to severe glabellar lines (sometimes called the "elevens"), but also has off–label uses for crow's feet and smile lines.

DYSPORT® contains lactose and cow's milk proteins, so it may not be suitable for some patients.

Unlike other injectable neurotoxins, XEOMIN® does not contain preservatives or accessory proteins, such as lactose. It is made up of just one active ingredient: botulinum toxin. This is why it's often dubbed "the naked injectable."

For this reason, patients who have developed a "resistance" to other neuromodulators, or who have had reactions due to their body's immune response to additives found in other options, may find Xeomin® more effective.

Xeomin® has the longest onset time for effects—five to seven days—when compared to the other neuromodulator brands. Like DYSPORT®, XEOMIN® is FDA approved and is used to improve the look of "elevens" between the eyebrows.

In 2019, a new neuromodulator joined the lineup of wrinkle–smoothing injectables: JEUVEAU®. Beverly Hills' Cassileth Plastic Surgery and Skin Care provides the newly developed neuromodulator, which has the same molecular size as BOTOX®—believed to be the most powerful for wrinkle injections. JEUVEAU® is FDA approved specifically for diminishing the appearance of frown lines for a more youthful–looking face. The name JEUVEAU® is based on the French word "nouveau" (meaning "new"). It is sometimes marketed as #NEWTOX.

What Can I Expect from DYSPORT®, XEOMIN®, and JEUVEAU™ Treatments?

In most cases, injection sessions take less than 15 minutes, so patients can literally take a lunch break to get a more youthful look! For all three— DYSPORT®, XEOMIN®, and JEUVEAU™—the product is administered with a fine needle directly into the muscle. Since XEOMIN® does not contain the same proteins as DYSPORT® and other injectable neuromodulators, it doesn't have to be refrigerated or stored in a freezer before being used. Because of this, the injections may be warmer and more comfortable.

Our experienced injectors work to make every treatment session as comfortable as possible. Still, patients can expect some common, temporary side effects, such as redness, headaches, and bruising and sensitivity in the treatment area.

Results for all neuromodulators can last for roughly three to four months.

What Other Treatments Compliment DYSPORT® , XEOMIN®, and JEUVEAU™?

Patients who want to reduce wrinkles and lines caused by collagen loss or restore contours by elevating sagging areas may be interested in the wide range of dermal fillers available at Cassileth Plastic Surgery & Skin Care. These include the hyaluronic acid–based JUVEDERM® and RESTYLANE® families, RADIESSE®, and poly–L–lactic acid–based SCULPTRA®. In addition to neuromodulators and fillers, chemical peels and laser skin resurfacing help to create a more even overall tone and texture while softening the appearance of fine lines.

The team at Cassileth works with you during your one–on–one consultation to create a treatment plan that is tailor made just for you! 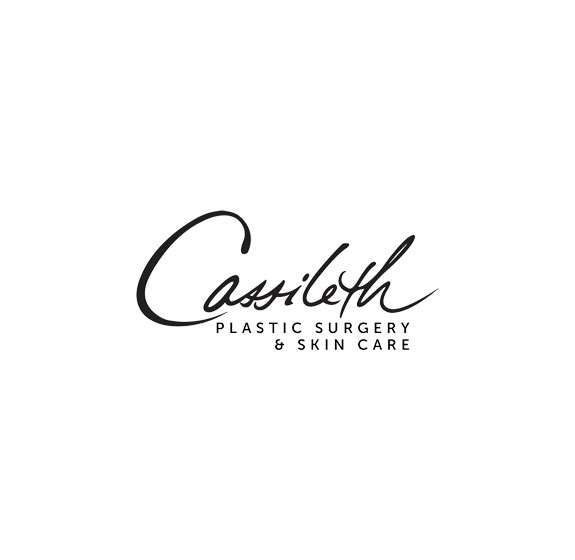